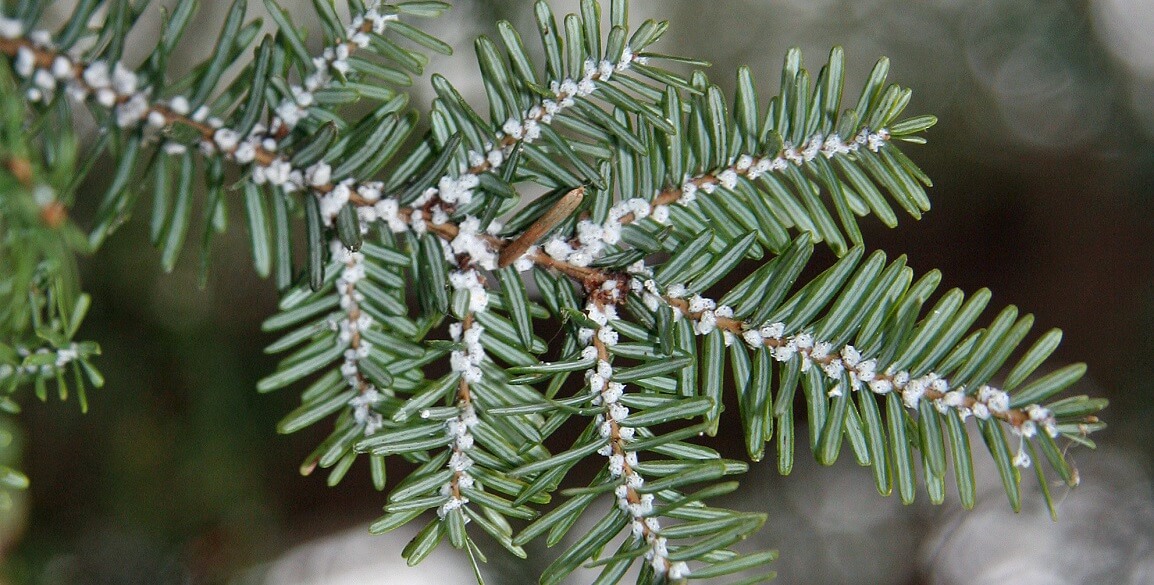 The New York State Department of Environmental Conservation (DEC) today announced the confirmation of an infestation of the Hemlock Woolly Adelgid (Adelges tsugae) on Forest Preserve lands in the town of Dresden in Washington County. The affected hemlock trees were located near a campsite within Glen Island Campground on the shore of Lake George. This is the second known infestation of Hemlock Woolly Adelgid (HWA) in the Adirondacks.

"This latest detection of Hemlock Woolly Adelgid is an important reminder for all New Yorkers to report and remain on the lookout for invasive species in communities around the state," Commissioner Basil Seggos said. "Early detection remains a key tool in monitoring and addressing invasive species of all kinds, so continue to stay vigilant and informed to help protect our natural resources and economy."

After receiving a report from a camper at Glen Island Campground through iMap Invasives about a suspicious tree near a campsite, DEC dispatched a forest health specialist to survey the area. This initial survey found one heavily infested and two lightly infested Eastern hemlock trees close to the campsite. Additional follow-up surveys will be conducted to better determine the size and spread of this infestation.

This is the second recorded infestation of this invasive, exotic pest in the Adirondacks. Previously, it had been detected at Prospect Mountain in 2017, which was subsequently eradicated. Additionally, HWA has been detected in 46 other counties in New York, primarily in the lower Hudson Valley and the Finger Lakes region. Seventeen other states along the Appalachian Mountain range from Maine to Georgia also have HWA infestations. HWA is a listed prohibited species under DEC's invasive species regulations.