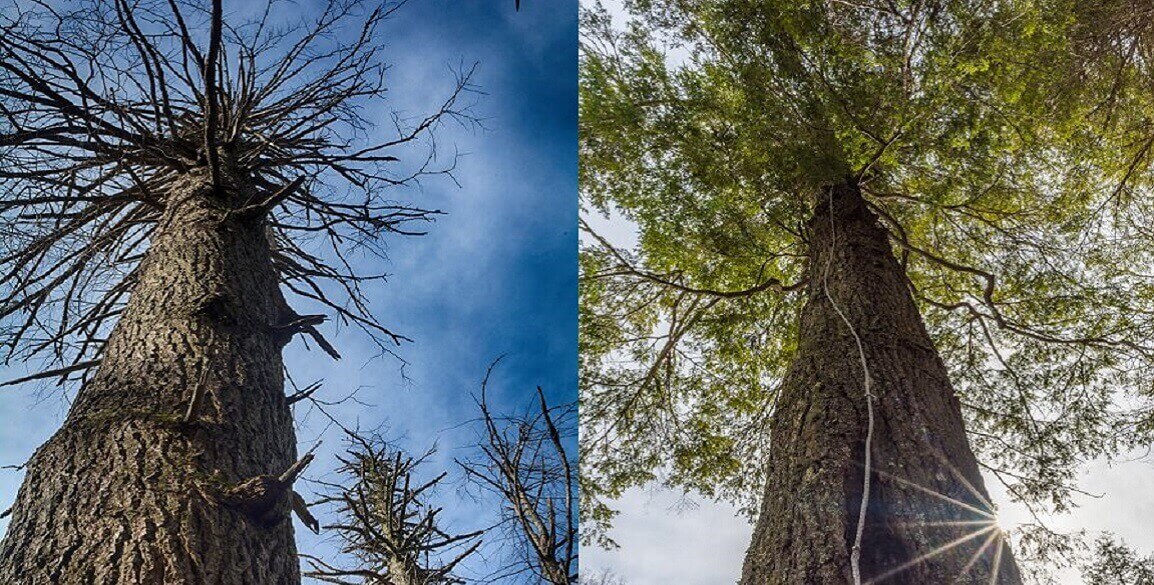 The second recorded infestation of hemlock woolly adelgid in the Adirondack Park has spread far beyond a Lake George campsite where it was first discovered.

The state Department of Environmental Conservation announced Thursday that surveyors found the invasive bug on nearly 250 acres along 1.5 miles of shoreline on the eastern side of the lake in the towns of Dresden and Fort Ann.

DEC will treat the infected trees with an insecticide this fall, according to a press release.

Mark Whitmore, a forest entomologist at Cornell University and the New York State Hemlock Initiative, is partnering with the state, the Lake George Land Conservancy and the Adirondack Park Invasive Plant Program on analyzing and treating the site.

“This is a wake-up call because hemlocks are huge in the Adirondacks,” Whitmore said. “It is the most common shoreline tree on Lake George, period.”